Obviously, in 2017 there were no Olympic Games since they took place in 2016 and will be resumed in 2020. However, athletes taking part in 2020 have already begun preparing, training and competing with the other athletes for the final selection.

We all know that without hard daily preparation, not only the Olympic title will not exist, but even participation in the competitions cannot exist.

Only with great day-to-day preparation and competition will the great dreams come true.

God’s help comes only when the man has exhausted their personal strength and the final judgment for the winner is expected.

Neither people, much less God, crown idleness and indifference.

The struggle for living faith is of greater value than the Olympic prize because it not only guarantees the present, it also leads us on the path of life after death. So the preparation must be proportional to the value of the prize. 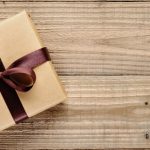 We all understand or at least suspect that God’s gifts are significant and unique, and because of that, for unexplainable reasons, we consider that … END_OF_DOCUMENT_TOKEN_TO_BE_REPLACED