You are here: Home / Shows / The New Teaching

This title is not mine, but Evangelist Luke’s, who conveys to us the view of the ancient Greeks about how they first heard the apostle Paul in ancient Athens.

And it is obvious that the apostle’s appearance in Athens not only did not go unnoticed, but also determined, to a significant extent, the developments of spreading the Gospel and placed – for the first time – the bar of expectations. The things the apostle said were characterized by our ancestors as “new teaching” (“new” in comparison to what they had previously heard in the capital of civilization).

The presence of the Jewish synagogue in ancient Athens is mentioned in the Acts of the Apostles, so the Athenians at that time knew the Hebrew teaching. The view, therefore, that this is a new teaching, is of considerable importance, because it determines precisely and clearly how the ancient Athenians received the teaching of the apostle.

It was a new teaching, a new spirit, which had as its center the resurrection of Christ, but in terms that could be accepted and understood even by our ancient wise ancestors. 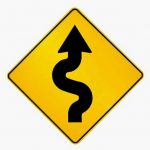 The circumstances of our lives, both today and in the past, have not always been easy or favorable. From birth to death, man suffers from harsh … END_OF_DOCUMENT_TOKEN_TO_BE_REPLACED