You are here: Home / Shows / You Killed Him!

This daily expression is often not mentioned literally in the Greek language, but in a conventional sense that refers to great harm. In other words, the person that was attacked can still be breathing and moving, but we all understand the great damage they have suffered. This damage can now be estimated as insignificant, but later it could prove to be terrible and deadly.

The person may temporarily breathe and move, but in essence their life has already been removed, and this will appear a little later. This truth of the phenomenal life that conceals the future death is what matters, because no one wants to die, not only today, but tomorrow and in the distant future. And as the ancient Greeks said, as death approaches, no one wants to die.

Whoever concocts death but overlaps his deadly act with a temporary life, is obviously not an ally of man but an enemy and a deadly one at that. 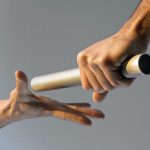 There has always been a degree of understanding between generations. In the beginning every generation is different from the previous one. Later on … END_OF_DOCUMENT_TOKEN_TO_BE_REPLACED